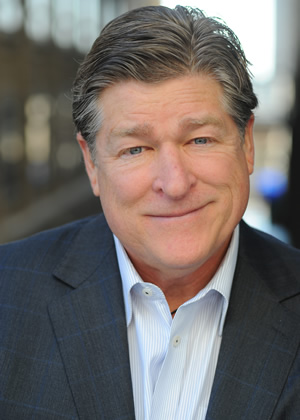 Peter spent his high school summers loading trucks in the sweltering Philadelphia heat and learned the basics of real estate by building barns and houses with his uncle’s construction companies.

As a wrestler, Ingersoll was recruited by the University of Pennsylvania, where he became the captain of the wrestling team in his senior year. He is a graduate of The Wharton School, ranked as the number one business school in the world, with a BS in real estate finance.

Ingersoll has more than 30 years of real estate, trust, banking and investment experience, as well as construction and development. He is adept at complex capital structures and the corresponding operating agreements, including basis transfers during recapitalizations and deals using preferred equity and mezzanine debt.

He is an expert in tax-deferred transactions, UPREITs, monetized installment sales and other tax-deferred strategies, such as using self-directed IRAs and pension plans to invest in real estate.

Peter Ingersoll is a CCIM designee and a holder of the Series 65 license for registered investment advisors (RIA). Based on recent research, Peter is the only dual CCIM and RIA in California.

Peter Ingersoll was the Director of Acquisitions for The Pacific Group (www.pgc.us) for their self-storage division and has overall responsibility for acquisitions, development, construction, financing, operations and marketing.

Since 2005, Peter has been the exclusive buyer’s representative in Northern California for StorageMart, the 6th largest self-storage operator in the U.S. and Canada headquartered in Columbia, MO. (www.storage-mart.com) as the CEO of Safe Harbour Equity, Inc.

Peter was vice president business of development with the Philadelphia National Bank in the private wealth and trust division and managed a team of 15 attorneys and trust officers.

Peter was the Team Leader with Tetra Tech motivating a team of 50 leasing agents, engineers, zoning and construction supervisors to build out the world’s first wireless network – Richocet, in Denver, CO. The Denver team exceeded all client expectation and Peter and his wife were transferred to the Bay Area in 1999 to revive the stalled build out of the network.

After the Dot Bomb in 2001, Peter joined Cornish & Carey Commercial, where he earned the Rookie of the Year award in 2002. He was recruited to join a new technology-focused commercial real estate company – Sperry Van Ness and joined in 2004.

As a Managing Director of Sperry Van Ness Ingersoll grew a commercial office in Emeryville to nine agents and obtained Partners Circle in 2007; a select group of Advisors who have obtained excellence in sales volume. Ingersoll was a recognized leader in Northern California and was ranked 33 in the United States among 1200 Sperry Van Ness advisors.

Also in 2007 as a Series 22 and Series 63, Ingersoll earned the “Big Fish” award from Welton Street Investments, one of the country’s first broker/dealers focused exclusively on real estate, for being one of the Top 10 out of 300+ national registered representatives.

Peter is a recognized expert on the self-storage industry and has been a frequent speaker at industry conferences and investor seminars.

Peter has been an expert witness in bank fraud cases that resulted in the recovery of millions of stolen dollars for individual clients; a 2012 secured a favorable settlement for the Missouri Department of Transportation (MoDot) and a large, favorable settlement in a broker fraud action in Northern California involving a self-storage property.

As the CSSA president, Peter conceived and edited a book called: Greetings from California: Best Practices from the CSSA and contributed a chapter about acquisitions in today’s volatile economic market. The book was published by MiniCo in 2012.

Peter is a member of Americans for Safe Access - http://www.safeaccessnow.org/. As a cannabis activist, Peter advises patients with life threatening illnesses (cancer, Lyme disease, Chrone’s, lupus, etc.) and their doctors about the appropriate use of cannabinoids in aid of healing.

Ingersoll is an award-winning writer and the author of Real Estate Tsunami Survivor’s Guide available on Amazon and a past columnist for Institutional Real Estate, Broker Banker, The Registry Real Estate Journal of San Francisco and The Messenger, a national self-storage trade publication.

Ingersoll lives in the Oceanside with his wife and enjoys anything to do with salt water, composing and recording original songs. Most especially he enjoys time with his grandkids. 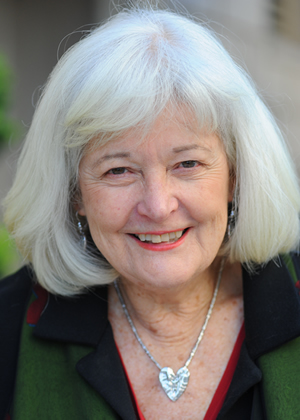 Ricki Ingersoll started her real estate career building a two-story clubhouse in her back yard when she was ten. Ricki obtained her Juris Doctorate from JFK University while confined to a wheel chair. Chronic pain from post-polio was so acute, she was unable to walk . . . until she was introduced her first cannabis brownie!

In 20-minutes her pain was gone. Within three months of starting cannabis keeping a meticulous diary of dosages, pain levels and strains, she weaned herself off all prescription medications – including all opiates. Within six months she her nerves began regenerating and she was able to walk and exercise without pain.

Ricki obtained a Medical Cannabis Certificate from Oaksterdam, Oakland California and has been a research leader in the use of Medical Cannabis and cannabinoid compounds for many conditions using the Israeli and European clinical trial medical journals. As a cannabis activist, Ricki advises patients and their doctors dealing with chronic and life-threatening illnesses (cancer, Lyme disease, MTHFR, Crohn’s, lupus, etc.) about the appropriate use of cannabinoids to aid healing and restore vitality.

In her twenties she designed, engineered and built a 4500sq ft home with a pool on a steep slope in Glendale CA for $100,000. That home recently sold for $2.5 million. Her design career has included the interior design of celebrity homes, designing the first mother/baby birthing wing of Huntington Hospital, Pasadena, designing specialty cabinetry for the Federal Reserve. Ricki was involved with the launch of the Magic Johnson Foundation fund raiser as their graphic designer for all print material.

Ricki designed, entitled and built over twenty custom post and beam homes and designed a sixty-unit affordable housing development that was later built by the City of Estes Park.

Ricki oversaw entitlements and zoning for the Metricom, Nextel, Verizon, T-Mobile and MetroPCS. Her permit success rate was 100%. She is an expert on telecom leasing agreements having reviewed hundreds.

Ricki was the Chief Compliance Officer of the Emeryville, CA franchise of Sperry Van Ness from 2003 to 2009. The Emeryville office was a recognized leader in Northern California and was ranked 33 in the United States among 1200 advisors.

Ricki is an award-winning artist who works in many different mediums. Ricki enjoys travel – particularly to Maui, contemplating God, playing and walking with her pug “Chillin Dylan” and seeing her grandkids who live in Zambia Africa.

We prosper when our clients prosper!

Mission Statement: KIND Realty Investments brings together debt and equity to build an optimal capital stack for cannabis operators who will prosper in the regulated cannabis market. We serve cannabis operators by locating real estate to lease or own to productively scale their business. We serve investors and acquirers by structuring synergistic partnerships with the best-in-class cannabis operators.

We do what we say: accountability and integrity

We balance risk: financial performance with margin for error

We have zest: passion and fun

We give back: to our community, our country and our planet

We are all accountable for our actions.

We promote a true collaborative environment that fosters good will, a cooperative spirit, and strong alliances.

We are committed to giving back by volunteering and improving the communities in which we serve.

We are dedicated to providing the highest level of service to the very best of our abilities.

We believe in displaying the characteristics of sound virtues.

We strive to go above and beyond in everything we do.

We try not to take ourselves too seriously and work to incorporate fun in the workplace.

We embody the characteristics of being honest and having strong moral principles.

We exude energy, enthusiasm and excitement in all our endeavors.

If at first we don’t succeed, we try again!